Proposed Title IX Rule Changes – What are the new Due Process Protections? 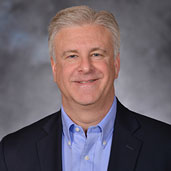 On November 16, 2018, the U.S. Department of Education published a Notice of Proposed Rulemaking (NPRM) on Title IX. The proposed rules, which materially differ from unofficial versions of the NPRM that had previously circulated, would be the first comprehensive regulations issued under Title IX since 1975. This is the first step in what is known as “notice-and-comment rulemaking.” These are not final regulations, but the final regulations are likely to be substantially similar. You can find the relevant documents here.

The proposed regulations would hold a school, college, or university liable under Title IX only when it is “deliberately indifferent” to known sexual harassment, meaning its response is “clearly unreasonable in light of known circumstances.” This liability rule is consistent with current U.S. Supreme Court cases.

The proposed regulations also provide for schools, colleges, and universities to offer students supportive measures designed to restore or preserve a complainant’s access to the institution’s educational programs and activities, such as no-contact orders, changes in class schedules or residence hall room assignments, and counseling, even when the reporting complainant does not want to file a formal complaint.

Of additional interest, the proposed regulations do not require any particular type of discipline, neither prohibit nor require the use of affirmative consent in a code of conduct, and do not preclude the adoption of prohibitions on sexual behavior that go beyond the definition of sexual harassment. The proposed regulations leave flexibility for an educational institution to pursue informal resolutions, designate their own reasonable time frames, conduct investigations through employees or outside personnel, coordinate with law enforcement as appropriate, and decide whether to offer an appeal.

Commentators have focused on the proposed “due process protections,” which include the following:

• A presumption of innocence throughout the grievance process, with the burden of proof on the educational institution.
• In the college and university context, a requirement for “live hearings.”
• A prohibition on what is known as the single-investigator model, instead requiring a decision-maker separate from the Title IX Coordinator or investigator.
• The clear and convincing evidence or preponderance of the evidence standard, subject to limitations.
• The opportunity to test the credibility of parties and witnesses through cross-examination, subject to “rape shield” protections.
• Written notice of allegations and an equal opportunity to review the evidence.
• Title IX Coordinators, investigators, and decision-makers free from bias or conflicts of interest.
• If the educational institution offers an appeal process, the parties must have an equal opportunity to appeal.

Since 1995, I have helped clients address a wide variety of challenging issues at the intersection of education, institutional management, public policy, and the law. With years of experience at two major universities and in private practice, I offer not only legal advice, but also practical advice to help clients manage problems and implement effective solutions. I would enjoy assisting your institution in managing its response to the newly proposed regulations and implementing those regulations when they become final.