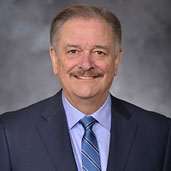 Harrang Long Gary Rudnick P.C. shareholder and chairman William F. Gary will be one of the speakers at the U.S. District Court of Oregon Historical Society’s latest Famous Cases lecture series entitled Wild Wild History: The Rise and Fall of Rajneeshpuram on Thursday, June 27, at 7:00 p.m. Leading advocates on both sides of the Rajneeshpuram episode will address issues that continue to reverberate today. Three speakers made prominent appearances in the highly acclaimed Netflix documentary Wild Wild Country.

Gary was featured in the documentary series, which chronicled the fascinating story of the rise and fall of Rajneeshpuram during the 1980s. Gary was the Deputy Attorney General in the Oregon Department of Justice at the time and was interviewed extensively by filmmakers regarding the DOJ’s response to the complex legal issues that arose as the cult grew to thousands of people and as cult members were implicated in the poisoning and harassment of local citizens, the attempted assassinations of law enforcement leaders and state politicians, and other serious crimes. The trailer to the docuseries can be seen here: https://www.youtube.com/watch?v=hBLS_OM6Puk.