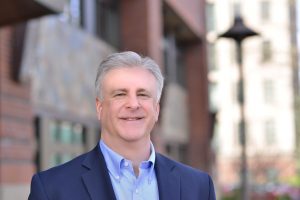 In order to avoid this problem, Executive Order 13891 states that:

it is the policy of the executive branch, to the extent consistent with applicable law, to require that agencies treat guidance documents as non-binding both in law and in practice, except as incorporated into a contract, take public input into account when appropriate in formulating guidance documents, and make guidance documents readily available to the public.

Further, the E.O. recognizes the importance of the APA rulemaking process by providing as follows:

Agencies may impose legally binding requirements on the public only through regulations and on parties on a case-by-case basis through adjudications, and only after appropriate process, except as authorized by law or as incorporated into a contract.

School districts and institutions of higher education will be subject to legally binding guidance documents primarily by incorporation into a grant from or contract with the Federal government. This is not appreciably different from the current state of affairs, except that notice will be far more clear.

Executive Order 13891 imposes additional requirements on Federal agencies that will improve notice of guidance documents to regulated parties like school districts and institutions of higher education. Soon each Federal agency or agency component will be required to establish or maintain on its website a single, searchable, indexed database that contains or links to all guidance documents in effect from the agency or component. This will help practitioners and regulated parties significantly as it will reduce or completely eliminate the difficulty of finding guidance documents referenced by agency personnel in enforcement actions or contract negotiations.

Finally, the E.O. includes procedures for issuing guidance documents. Each guidance document must clearly state that it does not bind the public, except as authorized by law or as incorporated into a contract, and the procedures must include a period of public notice and comment of at least 30 days. Further, the agency must typically provide a public response to major concerns raised in comments.

Executive Order 13892 addresses civil administrative enforcement actions based on guidance documents. In essence, the E.O. provides that no person should be subjected to a civil administrative enforcement action absent prior public notice of both the enforcing agency’s jurisdiction over particular conduct and the legal standards applicable to that conduct.

The E.O. attempts to limit the role of guidance documents in enforcement actions. When an agency takes an administrative enforcement action or otherwise makes a determination that has legal consequences for a regulated party, it must establish a violation of law by applying statutes or regulations. Guidance documents, the E.O. states, may not be used to impose new standards of conduct on persons outside the executive branch except as expressly authorized by law or as expressly incorporated into a contract.

Finally, guidance documents are of limited utility to an agency in enforcement actions unless it has notified the public of such documents in advance through publication, either in full or by citation if publicly available, in the Federal Register (or on the portion of the agency’s website that contains a single, searchable, indexed database of all guidance documents in effect). This public notice requirement dovetails with the requirements in E.O. 13891 regarding the issuance of guidance documents and the opportunity to comment on them.

Within the next year, school districts and institutions of higher education should look for new agency or agency component websites that contain or link to all guidance documents in effect from the agency or component. It seems likely that many guidance documents will effectively be rescinded by their exclusion from these websites.

Regulated parties should also keep an eye out for new contractual provisions in Federal grants and contracts. These provisions would incorporate some of the remaining guidance documents.

Finally, schools, colleges and universities should look for agency rulemaking based on guidance documents that have been particularly important to agencies in administrative enforcement actions.